After years of people feeling unsafe and uninterested, the City of Eugene spent the summer trying out some different strategies to improve the area.

“We want to have this be a space that everyone feels like is their space,” said Sarah-Kate Sharkey, Manager of Development and Communications. 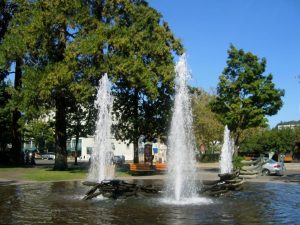 The City has put a few amenities and programs into place to help with this, and Sharkey says that so far, it’s working.

“Music four days a week – we have a large chess board that people can play with, there’s ping pong tables,” said Sharkey.

“It’s been great to see all the activity down here. It’s been great to hear from lots and lots of people who say they really feel like this is a place that they want to spend time in and they’re enjoying bringing their families,” she said. 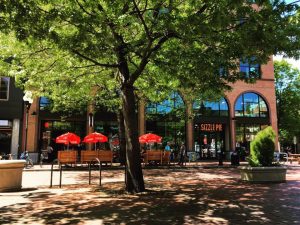 The City estimates that close to 100 or 200 people come through the park blocks and Broadway Plaza during lunch time now. Previously, that number was closer to 20.

“This feels like more of a destination for folks,” Sharkey said.

So in the next few months, the City will take a closer look at a permanent solution, Sharkey says.

You can find more information on events, volunteerism and city plans through their website.